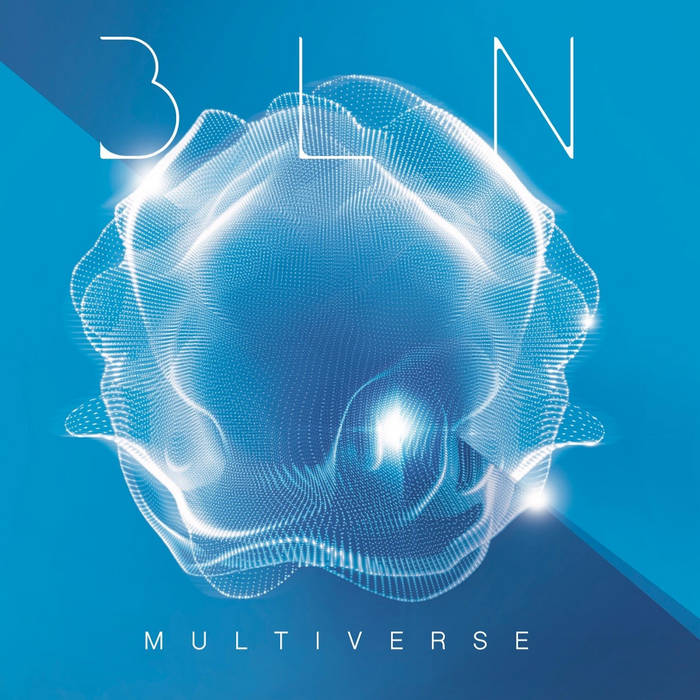 Andrew Neilson From uplifting to intriguing and back again; a lovely collection of tracks. Favorite track: Spacetime.

What gets beyond the continuous crisis, the temporality of social media and FOMO emotions, or the next event buzz from the industry?
Rob Barry’s notes in “The Music of the Future” on homogenizing taste and buying patterns are very present in today’s music industry: Spotify, Apple Music, all the convenient stores that reduce discovery to the modest algorithmic decisions. As he remarks: “The line between machine-generated, user-selected, and expertly-curated is somewhat blurry. The three exist together in a self-enforcing system [..] But if social media constructs its own time, what kind of music would be specific to that temporality?”.
“Multiverse” is one of those records that would probably be missed in this context, like any other very very good record albums not only from IDM spectra but from electronic music or any music: the music that is there but the unheard one. And similarly with some of the approaches of “Boards of Canada” the record is dedicated to the evoking of exploration, the science and technology, the humanity.
Although It feels very familiar, the sounds and compositions are most interesting, a very honest and human record that could be compared with this and that for the sake of music literature. Brian Eno, Aphex Twin, Autechre, they’re all there to be referenced. However the record is incredibly balanced and creative that feels like nobody else but BLN. It’s a fully dedicated musical artefact that took a few good years to be finished in a synthesis of music production technology and computing combined with over 20 years of presence in electronic music.
Born in the city of Craiova, Romania, Victor Popescu’s formation as an architect has contributed to the fantastically joined balanced combination of waves and timbres, evolution of reverbs in this record that is dedicated to space and universe. “Multiverse” is a meticulous disc dedicated to computing electronic music at the end of an odyssey of almost one century from Russollo’s futuristic manifesto.
BLN’s compositions are rooted in the punk of electronic music commonly referred as IDM, initially a list of Warp artists made after the release of the “Artificial Intelligence” compilation in the beginning of the ‘90s, many of those still very popular today. The communist illegal smuggling of tapes and vinyl within the casual fencing Romanian team trips in Western Europe made possible that the 80’s postpunk, Depeche Mode, industrial sounds, synthpop music, all the dawn ages of solar system explorations, a context of local science & technology magazines that dreamt on space, all this contributed to the musical artefacts present in this record. An epic odysisey of counterculture of space and sound.
Touched Records announces “Multiverse”, which is due to be released on March 1st; the label features some of the best productions in electronic music and exceptional mixes made by talented Roel Funken.
As we mentioned the record comes after 20 years of electronic music from the early music producing software that you had to code in the ‘90s to the latest synthesizers that the computer power delivers to us today. The 14 BLN compositions and an Arovane remix the record explore the theme of the waves, matter and space.
For rhythm is timbre, the record is a mixture of subtle polyritmic sounds combined with drones and evolving melodies, a beautiful mixture of repetitions precisely balanced with melted, mingled evolutions of sound design. It’s a record for the curious people with music that makes you dream about space and future, about space and time and trigger your imagination.
“Matter” is a celebration of melodic waves combined with abrasive wave modulations and it’s an introduction to the “Multiverse” while “Gravity” it’s built on the variation of a melodic sequence with sound contrasts, timbral evolutions and amazing snares. “Bossons” it’s a spectral sculpture of sound while “Spacetime” it’s a repeating radiant evolving drone that makes you think about Richi Sakamoto’s post Japan collaborations in the way the bell-like sounds are used.
BLN has built in “Tau” previously used melodic themas with great bass and kick lines with subtle modulations of timbre. “Dark Energy” features a dry eruptive spectra of sounds of amazing dynamics. Victor Popescu’s mastering of swinging tempos, reverb, delays and percussion can be heard on “Muon”, an iconic artefact of the genre.
“Quark Epoch”, “Waveart”, “Photons”, “Antimatter” are all compositions that, as we mentioned, are introduced by the first track of the record “Matter” and it’s beautifully made electronic music. You’re invited to find your own “sounds like” reference. We sure have chosen ours as we mentioned in the beginning of the article.
While “Hadron” is built around randomness and waveshapping of sound “Dust” it’s a textured drone that gets you thinking that we, as humans are not here forever and the induced feeling of space filters to the silence the hole spectra of human self-indulgence.
Similarly with other released records “Multiverse” finds the collaboration of Arovane adding to a fantastic list of collaborators such as Plaid, Roel Funken and Dirk Geiger.
The release of the record will be on March 1st and the album release party will take place in Bucharest’s Control on March the 2nd. Be there present if you can make it!

Many thanks to Uwe Zahn/Arovane for doing the remix and for being an inspiring artist, to Sorin Păun for the artwork and for being an awesome graphic designer and to Reniform Studio plus the DOP Mircea Maieru, the best 3D animation team in this part of the world, for making the video for my track Gravity.