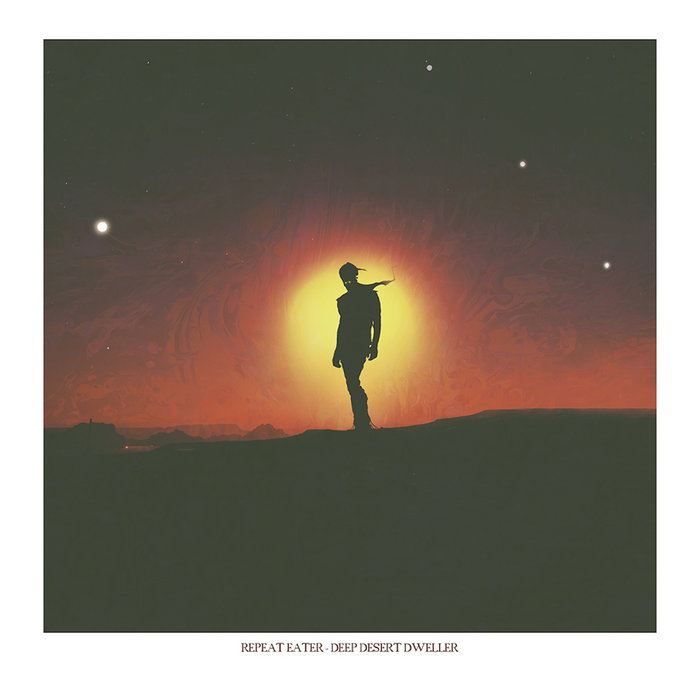 Connor Higgins Stellar album from Repeat Eater, whose sound has matured over the past 4-5 years of EPs into something wholly his own. Quintessential braindance.

Chris. This is a superb album! I hope it doesn’t eat my repeat button because I will be needing it to play this over and over =).

The story behind this first real LP from Repeat Eater is somewhat of a tribute to two very different things, that got linked together in my life by pure hasard.

First to the Dune novel by Frank Herbert. It's been one of my favorite book (series of books even) of all time and I have wanted to make an album related to it for a long time.

Secondly to the Detroit duo Drexciya. I have discovered their music and mythology fairly recently, around early 2017 and fell in love with it, to the point where they became a growing influence over the sound of my Repeat Eater side project.

It happened that I was reading Dune again for the third or fourth time when I got into Drexciya's music and the opposition between the desertic world of one, against the aquatic world of the other was something that stayed in my mind for a while and inspired me when writing this music.

So after a few years I decided to get into this album, compiling the tracks that fitted the concept in the best way. I chose the Fremen to be the main characters of this album, like the inhabitant of Drecxiya Black Atlantis they are outcasts who grew a civilisation of their own into an extreme hostile environment.