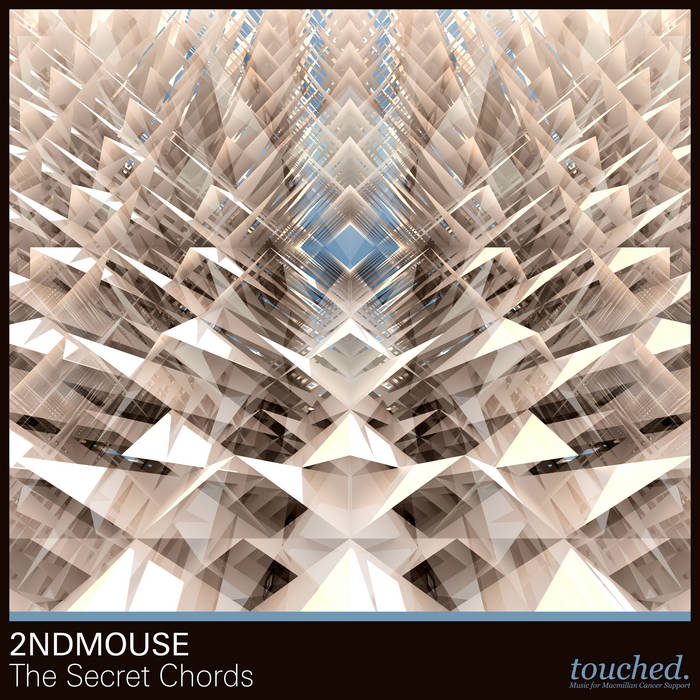 If you're reading this, I just want to thank you .

For helping to contribute to the fight against something humanity needs to eradicate, and for directly supporting people who are facing the biggest fight of their lives right now.
During the course of making this album, I've been touched by the predicaments of people I know personally,
who got that piece of news that no-one should ever hear, and it's to those people that I dedicate this, and future albums and EPs that I will undoubtedly release
on Martin Boultons' "Touched" label.

I'd also like to thank you for having faith in me, that I can produce the goods, and for buying this album.

It's called " The Secret Chords " because making music for me, has always been about unearthing artifacts and finding hidden treasure, encased in a conundrum and wrapped in an enigma.
It came from a line in Leonard Cohens "HalleluJah", where He sings " They say there was a secret chord, that David played and it pleased the Lord"
I always liked the idea of music being like a key that unlocks something, and when the perfect combination of notes , tones and melodies were found, it had the ability to make the hairs on your neck stand up.
I believe there is some kind of an order to sound, and after looking into such things as fibonacci numbers, the golden ratio etc...I believe it even more, and Teo designed the cover with that same kinda theme.
To me, it looks like a fibonacci pine cone, geometrically perfect, representing what, for me, is evidence of grand design.

So, i'm hoping that some of these secret tones and chords I have found, will meet their connection at the other end.
That, for me, is the whole point.

I'd also like to thank my wife Dee for putting up with the endless looping and the whims / errata of being a musician. Huge thanks to Martin Boulton for making this even possible at all , and kudos to Brian Dougans / Humanoid, Generate, Exm, and Karsten Pflum for some very tidy remixes,
and Ochre for such a great job with mastering,
Bigups to Teo for providing yet another piece of stunning artwork, Jenny Mayhem for contributing her amazing voice on "clever clogs",
Pat Murphy and Stephen McAuley for the great radio support, and the community of artists @ Touched, and elsewhere, who constantly inspire and encourage me,
and my dog Dusty who oversaw all security concerns and protected me from ninja cats and invisible assailants.

Lastly, I thank Almighty God, without whom, none of this would have transpired at all.

Equipment used on this album :


Again, thank you, and I hope to take you on another journey real soon.
In the meantime, to stay up to date, go to :